You are here: Home

Seasonal markets reopen in May of 2023. Our other markets are year-round: Downtown SC Wednesday 1-5p, Westside Saturday 9a-1p and Live Oak Sunday 9a-1p. 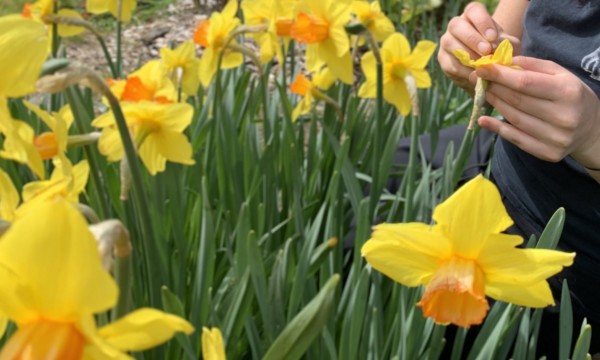 As the 2022 season continues the Market Match Double Up will be offered at the Downtown SC through the end of the year, $10 of EBT/CalFresh is matched with $20 of Market Match! Thank you to the City of Santa Cruz for making this possible. At the Westside and Live Oak markets the match remains 10 for 10. Learn more… 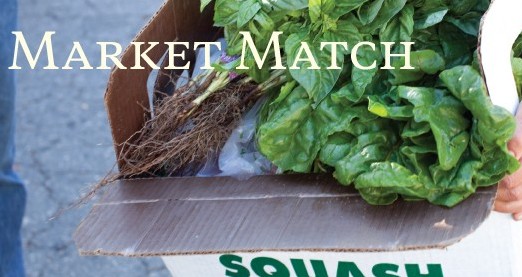 For 30 years Santa Cruz Community Farmers’ Markets (SCCFM) has been committed to your health and to the health of the local economy.

Purchasing your food through the area’s farmers’ markets ensures that you are getting the freshest, healthiest and tastiest foods while supporting local jobs, increasing local spending and promoting the region’s strong farming tradition.

Follow SCCFM for up to date news on our markets, events and campaigns.

Sign up to our monthly newsletter for news of forthcoming events, articles and seasonal recipes.

If you'd like to become a vendor at any of our markets, please get in touch via email, or go to our New Vendors section for further information.

After thoughtful consideration the Markets have decided to postpone the the Pop-Up Breakfast Series until 2023. The excellent chefs we had lined up for this year will be working with us in other ways. Chef Jessica Yarr of Chickenfoot is hosting a brunc …

New Natives is a Santa Cruz based microgreens, sprout and mushroom farm started by Sandra Ward and Ken Kimes in 1982. Sandra states, “We started very green but, curious and eager to embark on a creative endeavor where we would learn much and possibly make a living”. Developing the growing system and many processes on their own, the two worked day and night spurred by increasing demand. Over three decades their tiny production in a garage blossomed into a business with 10 employees producing over 2,000 lbs. weekly. With your health in mind, New Natives harvests their microgreens in the sprout stage when the plant is feeding from the seed. This stage is noteworthy for a high concentration of vitamins and enzyme activity in addition to flavor. To find their spectacular array of sunflower, broccoli, scallion and arugula shoots, aside a spread of colorful mushrooms and tasty sprouts, stop by their farmstand at the Live Oak or Downtown Santa Cruz Farmers' Market.

In 1946 Frank Gonzales returned from World War II and bought 10 acres of apricot trees in the Hollister area. He and his wife Mary Gonzales began farming in Hollister when they were married over 55 years ago. They raised three children on the 120 acre ranch. Frank and Mary's son, Gary Gonzales, returned from the Peace Corp in 1972 and began to work the apricot orchard with his father. He has now been managing it for decades. Until 1992 the family sent 60 tons of dried, unpacked fruit to two large wholesalers, Del Monte and Mayfair. When Turkish imports began to flood the market, they had to revision their business strategy. Apricot King began to sell at the farmers' markets, little ones in tow.

Dennis Tamura got his start in agriculture while studying gardening with Alan Chadwick during the 1970s. He subsequently helped run the U.C. Santa Cruz Farm & Garden Apprenticeship Program for several years before founding Blue Heron Farms in 1985.

Blue Heron Farms is located in a sheltered valley in Correlitos, blessed with a cool climate and soil that is sandy, soft and easy to work with. The 18 acres they grow on include large swaths of farmland surrounded by live oaks and habitat that is home to deer, bobcats, and coyotes. A deep well provides Blue Heron with water, they irrigate their crops with a combination of overhead sprinklers and drip tape. The farm keeps weeds at bay by torching some crops, hoeing, hand weeding, weed cloth application and cultivating with a tractor.

Both Dennis and his long time partner Lori agree that their greatest asset is the people who they work with - a wonderful group of men from Jalisco and Michoacan, Mexico, and a dedicated farmers’ market staff and flower crew. Currently they have three generations of the same family working for the business - a grandfather, three sons and four grandchildren.

Lori and Denis are well known for the quality of their product, in particular for special variety lettuces and flowers along with greens, root veggies and leeks. Their produce seems to jump off the table, so full of vigor, and it's not rare that they sell out.

As Lori says, “Although the hard work never seems to stop, there’s not a day that goes by that we don’t feel lucky to be farming here on the Central Coast, where people really care about organics and we are able to sell directly to farmers’ market customers!”

Blue Heron has been selling at the Downtown Santa Cruz Farmers' Market since the 1990s and values this relationship immensely. Communication with the market management (that's us) allows them to shift up what they bring based on market needs and they lean heavily into direct sales to sustain their business.

*Note: parts of this interview were based on a write up from the Ecology Center in Berkely.