You are here: Home > Crops > Burdock 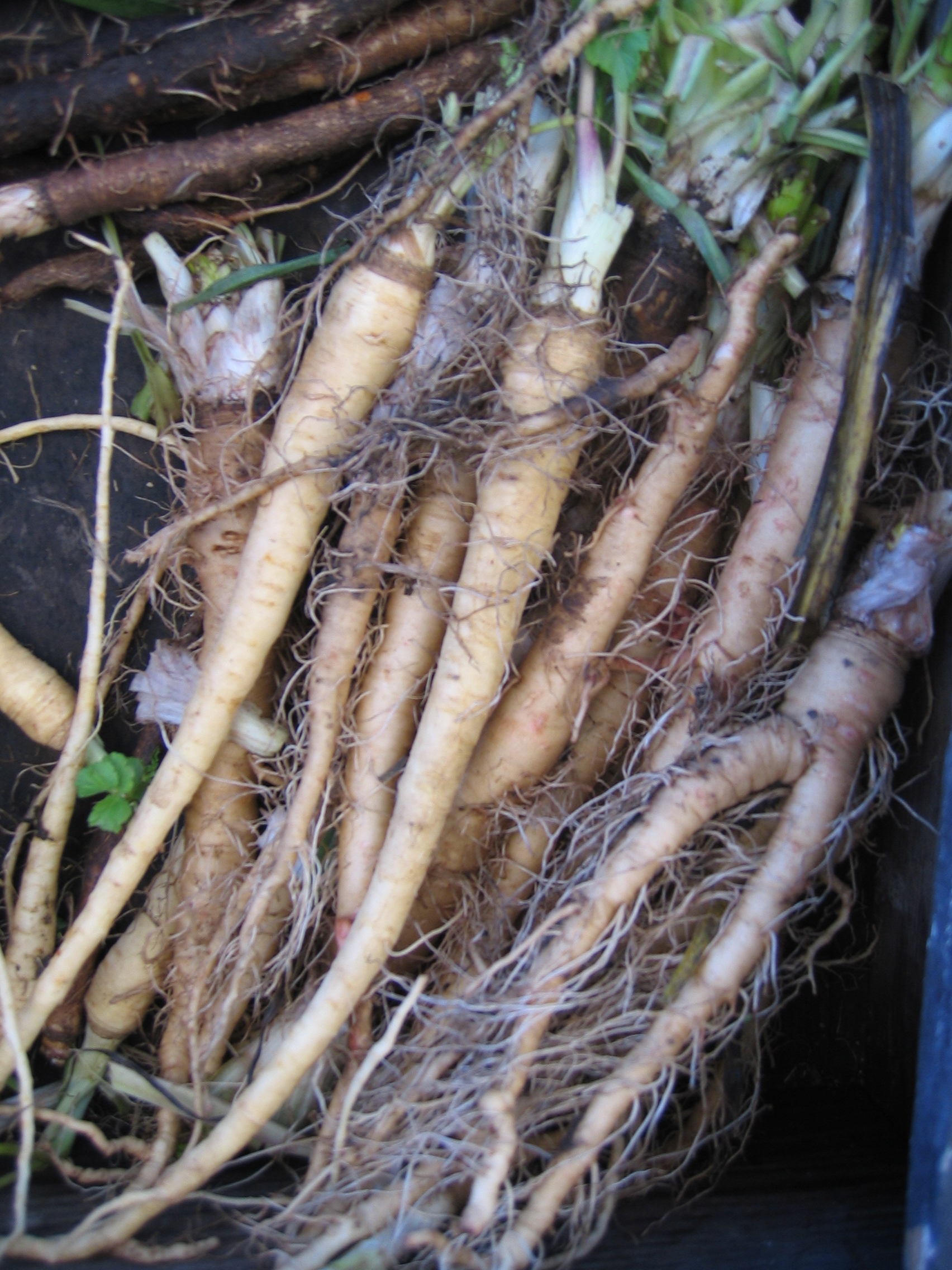 This root vegetable is most popular in Asia, where it originated, and is eaten like a potato in some cultures. It is also used as an alternative to artichokes because of its similar flavor. The burdock plant is part of the thistle family; it is known for its small purple flowers and tiny burrs, which have helped spread the plant to many different parts of the world.

Farmers harvest young burdock in the late spring, before its flowers appear, when it is tender and has a subtle flavor. Burdock skin is edible, but be sure to properly scrub the root clean of any dirt before cooking with a vegetable scrubber or coarse copper scouring pad. Cut the burdock in thin discs or julienne into fine strips. Parboil burdock to remove its bitterness, on a low heat for a slow simmer for twenty minutes until tender. After this step, burdock can be sautéed in a liquid with other vegetables, or substituted for artichokes in soups and salads.